Why Summer Programs Are The Key To Student Success 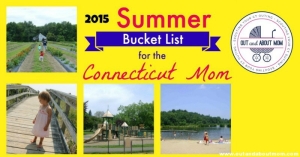 If you have not read Malcolm Gladwell’s books, The Tipping Point, or Blink or Outliers, you probably should. He’s among the most brilliant societal commentators of our day.

In his book, Outliers, he addresses the issue of education. I’ll let Gladwell provide the detail.

But, there are two theses that are important for Connecticut parents.

(1) When reviewing the variety of factors that led to student success, twas found most determinative of success was how much students worked during the summer.

(2) When reviewing countries which performed better on international education tests, the
length of the school year was found to be the most reliable factor for predicting success.

Under either theory, the amount of work that students did led to greater success.

That should not be a great surprise.

You should structure your child’s summer and after-school work environment such that your child does not fall behind either: (1) students in his current school or (2) students in countries that work harder than the US.

Related to the first point:

Gladwell examined a study of children in Baltimore. The study was designed to figure out why wealthier children performed better than students from less affluent backgrounds. Prior to the study, some thought genes or the educational background of the parents would be the determining factors. Neither was most significant.

The impoverished children learned at an equal rate to their wealthier counterparts during the school year. For that reason, each group tested nearly equally during the first couple of years of schooling. The difference in achievement started showing up thereafter. That was curious to the researchers. Differences in genes or parental educational background would presumably have the same effect on 1st graders as on 12th graders.

But, the achievement gap kept increasing each year. The reason: those from wealthier families learned more in the summer.

Summer should include fun. Lots of fun! But, the day is long. Some work will not put much of a damper on the beautiful summer. Parents who structure some part of the summer to include academic enrichment are giving their students a huge advantage for next year.

In terms of Gladwell’s other finding, that achievement was far higher in countries where students had longer school years, the implications are clear. US students spend about 180 days in school. Several Asian countries have students in school between 220-240 days per year. When we did not have such a global workforce, this fact would likely not lead to a great future impact.

As the world has become “flat” (see Thomas Friedman’s excellent work on the interconnected world we now live in), our students are facing international competition. Students from other countries are working 20-30% longer each school year. As the years pass, they are outdistancing the normal American school child.

Your child will be facing that competition when he graduates. It would be wise to take control of your child’s educational structure outside of the school environment.