If you want to be motivated, minimize or don’t smoke pot 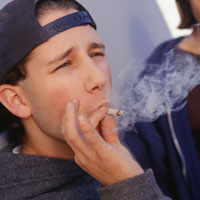 Despite being a former criminal prosecutor and one of those rare birds who never tried pot, I am not an anti-legalization marijuana crusader. I’m genuinely ambivalent on the issue.  Philosophically, I have a hard time separating criminalization of pot from booze but I also don’t have a solution to stop the over use of marijuana by teens on the Connecticut shoreline.

All I can do is report what I have witnessed after working with Connecticut high school students over the last 20 years.  Smoking pot decreases motivation.  I say this with as much certainty as anecdotal evidence can provide.

“Everyone smokes pot.” I’ve heard this from dozens of students throughout Connecticut. Having grown up in the era where the athletes drank and the “burn outs” smoked, I was taken aback when I first heard from one of my student-athlete clients that all of his buddies on the lacrosse team smoked. This was circa 2005.

Due to Motivate Your Son, I receive daily inquiries from parents about lack of school motivation form their teen boys. Of course, I also get similar requests for help from parents of teen girls but, perhaps because of a combination of gender imbalance on the issue and the book, the ratio is likely 4 to 1, boy to girl.

Not everyone smokes pot. Try to make sure your child is one of those exceptions. I’m also a realist.  My sense of pot use in the current day is that it is as commonplace as drinking beer was back in the 80s. If that is the case, then, despite my personal misgivings, I realize that most social teens will occasionally use marijuana and most will claim that occasional use is not a big deal.  Maybe, that’s true.  But I can say with certainty that those who regularly smoke pot lose motivation.

I also know that I am pretty good at convincing students that over use is a problem.  Here’s why: my high school pack was the wild athletic bunch.  I fully understand both the desire to have fun and fit in with a group.  I then discuss the realities of drug use in ways that parents usually cannot effectively.  Most often,  the students I’ve worked with comment: “I never thought of it that way” after I present my argument as to why over use will lead to their unhappiness.

If you are worried about your child’s academic success and think we can help, contact us now.