The Learning Consultants currently retains over 50 top tutors on staff. Our full team includes lawyers, doctors, college professors, social workers,engineers as well as teachers. Our tutoring staff includes those with expertise in many areas, including chemistry, physics, French, Spanish, math, English, and history. We have a specialized group of tutors who work with students in the area of executive function and organization. Many are considered among the best teachers and educational advisors in their field. 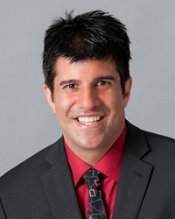 Daryl founded The Learning Consultants to improve student performance and inspire young adults to reach their full potential.  Daryl has helped thousands of students do so through his years as an academic counselor, coach, and trainer.

Frequently interviewed by media outlets, Daryl is the author of three highly praised books Motivate Your Son, Career Path of Abundance, and The Parent’s Guide to Career Planning for  Your Twentysomething.

Daryl has led the expansion of The Learning Consultants from a solo practice into Connecticut’s largest private educational consultancy and has expanded its offerings through New York and New Jersey.

Daryl simultaneously earned two graduate degrees: a law degree from the University of Pennsylvania Law School, where he was named to Who’s Who in American Law Students, and a master’s degree from Penn’s Fels Center of Government. Daryl also earned a prestigious Equal Justice Foundation Fellowship, for which he served at The Brookings Institute, the nation’s top think tank.

After Penn Law, Daryl was appointed an Assistant District Attorney in Philadelphia where he worked on high profile homicide appeals. Thereafter, Daryl moved to Washington, DC and served the United States as enforcement attorney with the Securities and Exchange Commission where he led the investigation into one of the largest financial frauds in history.

After serving as an associate with one of the nation’s largest law firms, Daryl became Vice-President and General Counsel for Mindgrow, an A&E television-funded new media-education company.

In order to pursue his interest in education and to focus directly on helping students, Daryl founded The Learning Consultants in 2000.  Parents contact Daryl for all high stakes decisions related to their children’s educational journey, coaching their children through the psychological-emotional journey of the college process, and training for test prep and academic success.

Recently named to Who’s Who In America, Daryl has been featured in national media such as NBC Television and Business Week

In addition to running The Learning Consultants, Daryl is a professor of Constitutional Law as well as several other college courses related to law and government. Daryl is a featured speaker on educational issues on a local and national level.

Daryl, lives in Old Saybrook, CT with his wife and three children, and can be reached at (860)510-0410 or via email at dcapuano@LearningConsultantsGroup.com 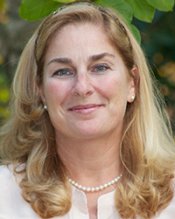 Jean counsels and tutors students throughout Connecticut in a variety of areas and spearheads the Student Mastery Program.

Jean has extensive experience interacting with families and students through her years as a clinical therapist and social worker. Her experience includes counseling youths with ADD, depression and other issues that affect performance. Jean received her MSW from Boston College and her B.A. from Colby College.

Blending her social work and education backgrounds, Jean has led the test prep and tutoring programs for the Learning Consultants at The Grove School in Madison, CT, as well as the student orientation and Student Mastery Program at The Williams School in New London, CT.

Jean has given presentations across Connecticut in a variety of areas including Student Mastery, test prep, and general student motivation.

Jean recently has presented at the College Fair in Madison, CT, and to the Guidance Office at Daniel Hand High School in Madison, CT. 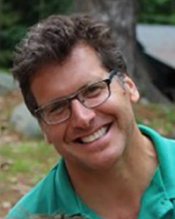 After attending the Lawrenceville School in New Jersey, Stephen graduated from the University of Vermont with BA degrees in economics and English. Although the bulk of his professional experience was spent in finance, education has always played a role in Stephen’s life. Throughout his career on Wall Street, Stephen volunteered his time teaching students on a variety of subjects. After closing his investment fund in 2015, Stephen decided to focus his professional energies on what had been his long-held passion: helping others through education. In addition to tutoring students in high school and college level economics, math and English, Stephen has recently been made Director of Fairfield County and as such is immersed in finding and developing tutors and expanding TLC’s reach to families within Fairfield County. 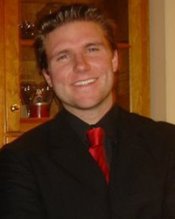 When Jesse applied to our company, several trusted advisors called and said things like “he was the smartest guy who ever went through The Country School during my time there” and “there is no one I know who relates to teens as well as Jesse”. Jesse joined The Learning Consultants full time six years ago and has received similar accolades throughout his tenure. His excellence was recently awarded with his appointment to Director of Middlesex County. Jesse has successfully run Lyme-Old Lyme’s SAT program and Old Saybrook High School’s SAT program. Jesse resides in East Lyme, Connecticut.

Paul brings an international background to his work as the chief designer for educational programming at The Learning Consultants.

He also holds master’s degrees from Cambridge University in England, where he was a British Marshall Scholar, the University of Pennsylvania Fels School, and the New York University Business School. He has lectured and written books, articles and white papers on a wide range of educational topics. 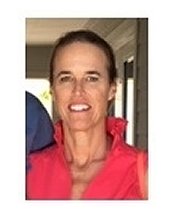 Kristina joined The Learning Consultants in 2007, shortly after completing her PhD in English atthe University of Connecticut. There, she got her sea legs as a teacher, coaxing undergraduates to think and write critically.

In 2008, Kristina also began doing consulting work for Scholastic, inspired by the company’s mission helping raise literacy rates in urban schools. Over the next decade, she coached hundreds of teachers throughout the Northeast. Kristina quickly became a valued member of her Scholastic team and earned a reputation in school districts for her teaching and coaching expertise. As one teacher wrote, Kristina’s “experience, suggestions, feedback, and leading through examples were second to none.”

In 2015, after Scholastic sold its educational division to Houghton Mifflin Harcourt, Kristina continued with HMH, but began contemplating a career change that would free up more time for writing and the teaching of writing.

In 2018-2019, Kristina successfully led a large-scale HMH project in Middletown Public Schools, part of the Superintendent’s plan to raise students’ math and reading achievement. HMH’s work included 250+ days of coaching for teachers and principals. As Project Manager, Kristina provided both high-level oversight and on-the-ground coaching. She wore other hats too—relationship builder, coordinator, liaison, data analyst, problem solver, and facilitator. Although this was only the first year of a three-year plan, the district exceeded its goals by the end of the year, with unprecedented student growth in both math and reading.

In July 2019, Kristina left HMH and now devotes herself full time to all things writing.

CONTACT US
© 2016 The Learning Consultants Group. All Rights Reserved.