Can you help me motivate my son?

I run a company called The Learning Consultants.  We serve thousands of Connecticut families each year and receive calls for help regarding the full spectrum of educational issues.  But, the most urgent requests seem to be centered around boys and their lack of motivation.  I noticed the issue in the early 2000s.  Boys seemed to care far less about school than girls.  That seemed normal.  However, the trend for girls outpacing boys in all academic areas seemed to pick up steam as the decade progressed.And the macro-data on the issue demonstrated that my sample of students was simply part of a national trend.As I began writing my book on the subject, one statistic stood out. At least one of three men between the ages of 22-34 is living at home with their parents.  More astonishing is that this statistic was generated prior to the Great Recession. What is the root cause? The root cause did not sprout in those that failed to launch in their twenties but rather in their teen years.  It is not as if highly successful college graduates suddenly jettisoned their ambitions and moved back home.   Why then are these twenty-something young men struggling?For the most part, they floundered in college, either doing poorly or not graduating.  But, that is not the root cause.  Some highly successful high school students perform terribly in college.  But, most do not.Why then are so many young men performing poorly in college?In general, these young men did not have great college options and subsequently wound up either in an uninspiring or mismatched transitional environment for them.  In addition, many of these young men did not have the work character to successfully handle college.Why didn’t these men have college options or the work character to handle college?  In most every case, they had subpar grades in high school and did not develop the proper training and skills to develop into competent students.Why did these boys do poorly in high school?After working with several thousand students this past decade, I will suggest that in 95% of the cases, the student was not properly motivated to do his best.We have our root cause for most struggling young men:   lack of motivation during the teen years.

Approximately, one out of three young men cannot financially support themselves.Why?  The seeds of their failure to launch were planted in their teen years when they were not properly motivated.  This lack of motivation led to poor work character.  This, in turn, led to poor academic performance which limited both their college choices and readiness for college.  Thereafter, in the face of the new economy, many of these young men floundered in college and have failed to obtain meaningful work.But, there is hope. Our current economic landscape, perilous as it is, lends itself to extraordinary opportunities for your son.  Some boys in this generation will attain far bigger success at a much younger age than any previous generation.  Your son could be one of these young men.  And, you will be the main reason for his success.

– Transform your role from nagging boss to loving parent

If your son is a teenage boy or nearing his teen years, the time to help him is now.  Discover how you can change his life and set him on a course for lifetime success and happiness. 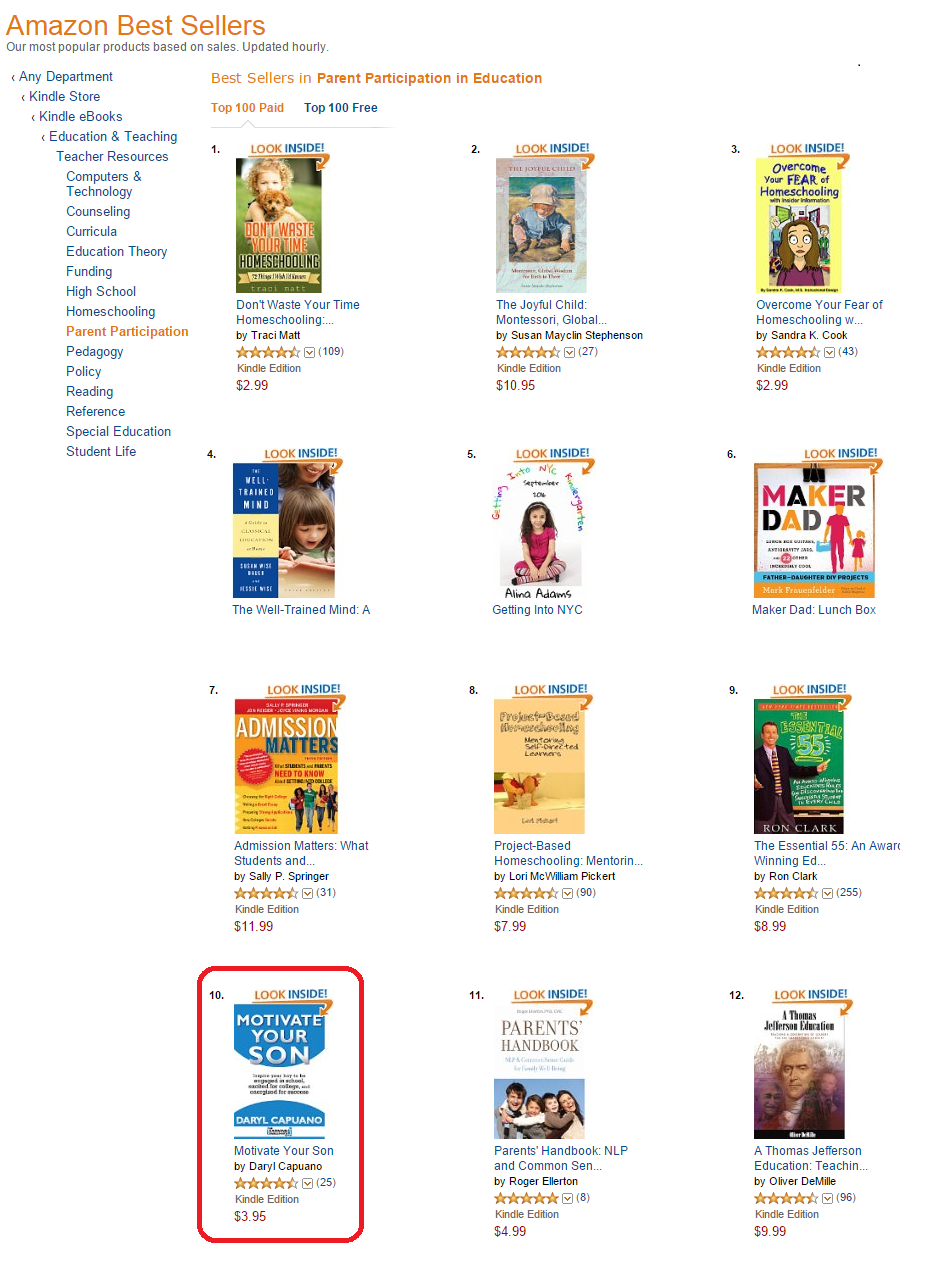