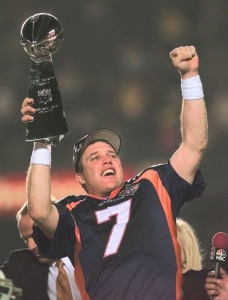 “He’s a genius. He went to Yale and Harvard.” Two different people led with this introduction when describing John (John Elway comes to mind as his pseudonym because he looked like the Hall of Fame quarterback. For younger readers, think Tom Brady, same basic premise).

Our mutual friends were introducing John to me because he was starting a company in the first Internet wave and I was looking to escape the world of big law. Focus on the genius part as I tell his story.

John and I were fast friends and he was honest enough, particularly after a few drinks, to tell his story: John went to Guilford High School. He was a B plus/A minus student. He took the “old-old SAT” and got a 1240, a very good score and about what one would expect for a B plus/A minus student. Nonetheless, neither his grades nor SAT scores were good enough for Yale academically. John’s father was one of the football coaches. John was a good football player. Nepotism can only get one so far in sports so let’s assume that John was good enough to play at Yale but also be certain that this – and not his academics – was the reason he was admitted to Yale. He did reasonably well and finished with a 3.4 G.P.A. This was Wall Street’s hey day and John, due in part to his connections with his Yale football alumni, secured a job at a blue chip Wall Street investment bank.

John is the kind of guy that guys like: athletic, likable in the high school popular way but also easy to be around. I’m sure this was one of the reasons that one of the investment bank executives mentored John and then through his connections at Harvard helped John gain admission to Harvard Business School. John mentioned that he studied intensively for nearly a year for the GMAT and still only did “decently”. Much like his Yale experience, John’s academics did not gain him admission to Harvard.

Here’s the point: John has lots of top qualities, chiefly his great interpersonal abilities. But two separate people chose to focus on a characteristic that was not his strongest suit: his intelligence. He would be the first to tell you that’s he’s not a genius. However, how do people describe John: “the genius who went to Yale and Harvard.”