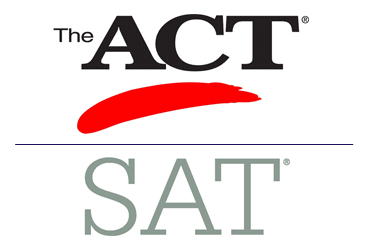 I saw one of my college classmates who lives in a different part of Connecticut last year around this time.  His daughter is applying to college.  We were discussing college and SATs in general. They noted that their daughter was really stressed. I suggested that they start SAT test prep as soon as possible. My friend’s wife – who is a very nice woman – disagreed and thought they should simply deemphasize the test through avoidance.  “We don’t want to stress her out…” she explained.  So we’ll just let her take the test without test prep.

Last year, Connecticut mandated that all high school students had to take the SAT as part of graduation requirements.  My friend’s daughter went to high school in a the competitive area of Connecticut. I knew she would soon hear that her friends were preparing for the SAT.  They might grumble about doing so but at least they would be actively tackling the thing that was causing them anxiety.

I did not see my old classmate again until the summer. As might be expected, the unprepared daughter did not do well on the March test.  But, instead of then digging in for SAT prep, his wife again suggested that she simply skip taking the May/June test. “Junior year was stressful.  She was playing a sport. I didn’t want to add one more thing that causes anxiety…”

I should add that the student did not have any serious anxiety issue, just the garden variety type that most people have about something that causes stress.  More importantly, the student wanted to attend a “good college”, which usually translates to a “college that most people think is good”.  This basically means a highly ranked college. Those colleges, of course, most always require strong SAT scores.

Now, my friend and his wife were panicked. Their child only had one bad SAT score from the spring.  She had to do well on the October SAT. (I also convinced them to add in the September ACT) or she would have little chance at gaining Early Action admission to colleges of interest. Indeed, she wouldn’t even know where she could apply to such colleges because she would have to see her test scores first.  As for their daughter, she was angry at them for not forcing her to take an SAT class!  The teen mind!  But she argued that “she would have taken an SAT class” had they insisted.

As it is with most everything in life, preparation reduces anxiety.  Start SAT prep in January.