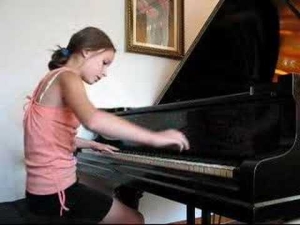 Callie was a junior at Daniel Hand High School in Madison and was taking an SAT course at our Madison, CT office. She is one of those good kids who does all her work and earnestly tries her best.  Her grades were good. Her PSAT scores were not. The very first thing she said to me was “I’m not good at standardized testing.”  I replied: “you haven’t been trained yet. I’m not good at ice skating because no one ever taught me.  I’d like to think that I would be ok if I was trained properly and I can assure you that after proper training you may think differently about the SAT.” She understood the point but I know wouldn’t believe me until she started training.

Callie had been told to “just take the PSAT cold and get a baseline”.  That advice is a subject for another time as parents and other adults greatly underestimate the psychological impact of the PSAT.  Even though it does not count – unless one is a National Merit Scholar or competing for other scholarships such as Pfizer’s PSAT based scholarship – the kids in the hall of Daniel Hand and other schools across shoreline Connecticut will talk about them.

Callie’s natural way of taking standardized tests was flawed in numerous ways. As she moved through our SAT course and learned the best ways to approach reading, grammar, and math sections, she saw that she became better through (1) learning the proper techniques (2) practicing slowly with the goal of understanding and (3) getting feedback to keep building her.  In other words, the training process that works for every skill – whether it is piano or tennis or woodworking – works with SAT/ACT prep as well.

I call it “deep practice”.  Other have called the process “deliberate practice” and Cal Newport, a Georgetown Professor, elaborates on why such a way of working is necessary to create greatness through what he calls “deep work.” (He’s written a book of the same name that is worth getting.)

Callie – in part because she was a model trainee – went up several hundred points very quickly.  I forget the exact numbers and would say this was atypical compared to most.  The bigger issue is that she learned that she could improve anything of importance through the process of deep practice.