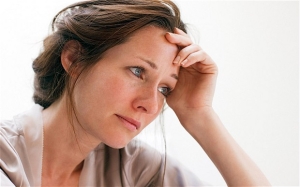 In my years of providing educational counseling to parents and students, I have observed an uptick in anxiety among those interested in college counseling. There are likely several reasons:

After 2008, Americans, even in prosperous states like Connecticut, lost so much wealth that, in a literal sense, most are not as economically secure as they were back in 2008. For parents, this created a tangible challenge due to the extraordinary costs of college.

Post Great Recession, Americans, particularly those who were effected by job loss like those in Southeastern, CT after Pfizer left, have felt jittery about the future.  For parents of college bound students, this created an increased sense of unease about the post-college employment prospects of the future.

3.) The economy has actually changed – radically

In my last book, Career Path of Abundance, I describe in greater detail how the economy has changed and how that will effect those entering the work force and those being disrupted by job change.  The Great Recession, while not necessarily coincidental, with these changes, was unrelated to the radically changing nature of the global economy.  Americans now have greater opportunity from world wide markets but also greater worry for world wide competition, particularly in the labor market.  Our well-fed, silver spoon, suburban Connecticut children are now competing against hungry, up from their bootstraps, urbanites in Asia and elsewhere.

Understandably, these forces have created anxiety for Connecticut parents as they think about how to best prepare their children for much more competitive world than they faced.

I am an optimist by nature.  I really do believe the new world of work will present many wonderful opportunities for those who are prepared.  Nonetheless, I understand that parents will face anxiety as their children head off to college.