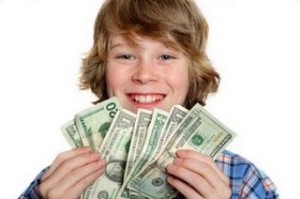 “$120,000!!!” I put the phone away from my ear as Mr. Harris bellowed. “Thank you!”  His son Jared, a senior at Waterford High School had just received early admission to his first choice college along with a $30,000 annual scholarship.

I met Jared when he was a junior in our winter SAT prep class in Old Saybrook. He was more ambitious than most teen boys.  When I asked him about college, he said he wanted to get out of Connecticut and do something big.  His Dad had told him that he had to go to UCONN unless he received serious merit money.  I think UCONN is an outstanding school and told him so but I understood that his dreams of escaping Connecticut (a wonderful state from this outsider’s perspective!) were as much symbolic as literal.

Jared had considered working during the school year to help defray the cost of college.  I’m also a big fan of any kind of work.  But for someone who wanted to stay at the top of his class and also play a sport, part time jobs can be challenging, particularly for juniors.  While I didn’t promise anything, I suggested that if Jared raised his test scores sufficiently he might be eligible for merit money at certain colleges.

“Your SAT class turned out to be the best part-time job any teen could have!”  continued Mr. Harris.