College Choice Matters More Than Ever 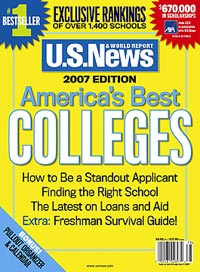 “It is different now.”  Ron a father of a junior from Guilford High School, noted when his wife suggested that maybe they were making to big a deal about the college process.  Ron is an executive in a multinational company and is also involved in a New Haven not-for-profit organization that helps those in challenging economic circumstances.  He has seen the changes in the economy from all sides.

Ron was responding to his wife who noted that Ron had become a big success even though he attended Central Connecticut.  “That was 30 years ago.” He continued. “I probably wouldn’t get an interview at my company today. You should see the resumes…” He went on to list different name brand colleges.

In this instance, the student-client, in question, had more conventionally ambitious aspirations.  Although he didn’t know what he wanted to do with any specificity, he expressed the desire “to get rich” and “be a big success”.

Could he reach his goals if he attends Central Connecticut?  Sure.  But college is an asset that creates leverage. Think about using a lever to lift anything.  The longer the lever the easier it is to move something upward.  So, it is with college. And, to Ron’s point, “it is different now.”