Connecticut Parents Should Be Delighted About The SAT 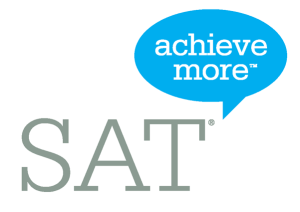 What madness am I suggesting? Let me start with the obvious: most Connecticut schools are stronger than most schools in most states. Those in the top 10% of schools such a Guilford High School, Daniel Hand High, Lyme-Old Lyme High School, East Lyme High School, Old Saybrook High School, Valley Regional High School (Essex-Deep River) and a whole host of other public schools in Southeastern, CT have battled competition far stronger than most students throughout the country in order to land in the top 10%.  At private schools, those with As at Xavier, Mercy, The Williams School, Hamden Hall, Hopkins, among others, have earned As that equate to the same exact GPA as those at who earned As at schools that are terrible.

You might think that colleges have a fail proof system to account for these scholastic differences. Not true! Most larger universities feed numbers into an academic index with almost no adjustment for strength of school.  Smaller liberal arts colleges have a better sense as to the strength of the school. But here I have to report to that most everyone outside of Connecticut does not know how to differentiate the strength of a town’s high school.  Madison, CT might mean something around here but not necessarily to those who are reviewing applications for Haverford or Swarthmore or Pomona or any other none New England liberal arts powerhouse.

As for activities, having sat on admissions panels in different settings, I can assure you that it is very difficult to give significant admissions edges to those who are in the “above average to very good range” in activities. The first string flute player is neither clearly better nor worse in activities than the first string point guard. Almost all students have community service and are in a couple of other clubs. Other than the clear standout, particularly in something unusual, – someone recently mentioned a champion ballroom dancer – activities will put someone “in” once they have the requisite numbers but rarely elevate students who don’t have the numbers.

And, then I dare I say it, Connecticut students from around here are not exactly diverse. As such, they need stronger numbers than Aleutians from Alaska.

So how to stand out? Do better on a test that is given to students across the country. Despite the blather from critics, the SAT is one of the more fair parts of the college application process.  Seems crazy to think but here’s a quick story to demonstrate my point: “John Smith” – generic white name given to equate with this student’s white name came to my office for college counseling related to his essays. He was as white looking as his name.  He put Harvard, Yale, Princeton and a few other schools down on his hoped for college list.  His grades were in the B plus range.  His activities were nothing special. His SATs were in the 75% range.  He noticed my incredulous look.  “My mom is a member of a Native American tribe.  My father is white.”  He didn’t have to say anything more as we both knew what a giant advantage he had. I should also add that John’s Dad was a prominent real estate developer and his mom was a high ranking member of a tribe that -at the time – had made her family wealthy from casino money.  I actually liked that John was so straight-forward in acknowledging his lack of need to generate a good SAT score.  But unless you have John’s advantages, your children will need a top score for those colleges.