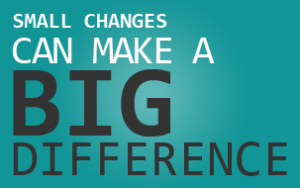 Kevin was a freshman at East Lyme High School. An athletic, social, guy, reasonably smart, and, like most boys his age, decidedly more interested in playing video games and hanging out with his friends than making the most of his academic potential.

I met with Kevin formally as part of our Student Mastery program. I realized that Kevin was not likely to have a life changing epiphany during our meeting. We could discuss big changes but the likelihood that he would actually engage in dramatic change was minimal. His personality was too strong and his habits were too ingrained. So, I decided to just have him promise to do one thing: study for 20 minutes on the weekend. This studying was unrelated to homework and unrelated to studying for major tests. That work would be additional. He would need to regularly carve out 20 minutes of pure studying for one subject area, in his case, Spanish because he was getting a C. His mom was surprised, not happily, about the small suggestion. But I explained my thinking: he needed to get some momentum, see the effect of his efforts, and then we could implement some more ideas.

I met with Kevin a month later. His Spanish grade improved to a B-. And, he told me: “studying for those 20 minutes was no big deal.” We added one more technique that month, also small and also part of our Student Mastery methodology.   A month later, Kevin came back and said the strangest thing: “that worked. What else do you have?”