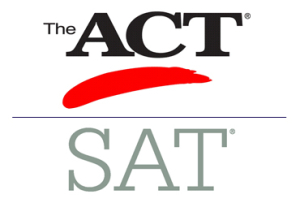 As March approaches, most Connecticut High School juniors will be taking the SAT for the first time.  Most parents and articles call the SAT that will be given in March the NEW SAT!!!   Most juniors simply call it the SAT. For them, there is nothing new.  Since several media outfits have called me for comments that seem to suggest that parents of high school juniors are losing their minds over the NEW SAT, I thought it would be helpful to relay the advice that I recently gave at one of our open presentations in Madison, CT.

The new SAT was redesigned for many different reasons but many have suggested that the growing popularity of the ACT was the primary one.  When I first started teaching test prep in at the Women and Family Life Center in Guilford back in 1999, I don’t recall any student mentioning the ACT.  When I moved my teaching to Essex in the early 2000s, I was aware of the ACT but other an outlier or two applying to Midwestern or Southern colleges, I did not have students interested in taking the test.  At some point, when The Learning Consultants created offices in Old Saybrook and Madison in the middle of the last decade, the ACT gradually become more popular and then seemingly “overnight” to guidance counselors in Shoreline, CT who have discussed the issue with me, it was almost an equally popular test.

So, the new SAT has formatted itself very similarly to the ACT.  That’s a good thing from the perspective of students who almost always liked the ACT’s format better. The SAT has removed its guessing penalty to match the ACT. Again, this is a good thing from the perspective of most students.  The SAT has removed sentence completions which now mostly removes the need to memorize high level vocabulary. Again, another positive for the SAT as it will match the ACT in this regard as well.

This is the reason why our Spring test prep class is now the SAT-ACT Mastery Seminar.  The new SAT is more like the ACT.   So… relax!