What do your children need? Resilience and Anti-fragility 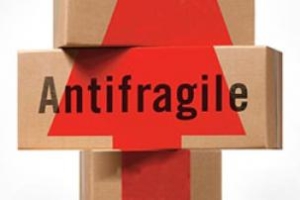 Over the 15 years of providing educational services to parents of Connecticut high school students, I have gathered enough evidence to concur with most psychological studies that indicate resilience is the most or at least one of the most needed qualities for children to develop. Here’s the interesting part: children would develop resilience if it were not for parents who intervene with high anxiety (or worse, outrage) over every potential stress that faces their children.

One of my old friends confessed that he spent many sleepless nights worrying if his son would make the A team over the B team related to a town basketball league in Fairfield.  “I worry that he’ll be devastated.  All his friends are on the A team.” As decision time approached, the coach, a friend of my friend, reported that my friend’s son was “on the bubble”.  He could be one of the last two guys on the A team and thereby ride the bench or he could be one of the top two guys on the B team and get a lot of playing time.  My friend asked his son with great trepidation, fearing that this dilemma would tear him up.  His son replied – “easy the B team” and has been happily playing ever since.

My friend’s son demonstrated the principle of anti-fragility. Nassim Nicholas Taleb’s treatise Antifragile is life-changing.  Even better than resilience, things that are antifragile get stronger when pressed with challenges. Some parents are so stressed that their children might get rejection notices that they won’t let their children apply to schools that are even in between range and reach. “What will happen if they get rejected?!” Maybe they’ll just get stronger is my new reply.